The Altar Billies Slotted To Rock Socks Off At Cypress Festival

The Altar Billies are not a band you can listen to passively and nonchalantly. This seasoned and prolific rockabilly band blasts the audience with an explosion of sound that can only be described as infectious.

Part country, part psychobilly, part punk and full toe-tapping fun, the Altar Billies are a twangy recreation of lead singer Mike Stand’s 80s punk band the Altar Boys. Playing revamped Altar Boys songs in the new millennium with a fresh kick to their steps, the Altar Billies compel any listener to pick up their boots and kick some sawdust around. Fast-paced, rollicking, and roving through various styles of music, there’s a dance in every song. 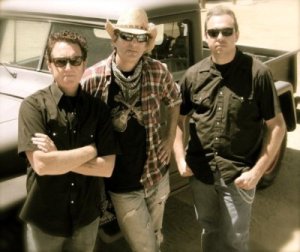 Based in Orange County, the Altar Billies just released their first self-titled full-length album as a group through Mildred Studios. The 11 tracks are solid and powerful, infused with a rich heritage of hootin’, hollerin’ and hailin’, churning from a deep, raw place of passion. On stage, the all-consuming fire of the band’s three members fuels their energetic performances.

Their descriptive tagline “Gut level hillbilly rebels” sums up the intensity of this act. Listening to their music might just punch you in the gut – In a good way. Be sure to watch them blaze through the Cypress Community Festival on July 28th. They’ll be playing on the Outpost Stage at 11:15 a.m. You can also find them online at https://www.facebook.com/altarbillies.

The Cypress Community Festival will be held at Oak Knoll Park, 5700 Orange Ave. (west of Valley View St.) in Cypress. Cypress Kiwanis will be on site serving a hot pancake breakfast beginning at 7 a.m. The Festival grounds will open at 9 a.m. following a flag ceremony, singing of the National Anthem and brief remarks by Cypress City officials. Festival information is available at: http://www.cypressfestival.com/

Photo Caption: The Altar Billies are slotted to rock the socks off the crowd at the Cypress Community Festival on July 28th at Oak Knoll Park.