Local voice teacher Nicole Werner has been selected to sing the National Anthem at the Cypress Community Festival. Described as a “diminutive charmer with powerful pipes,” Nicole Werner has proven herself the consummate triple threat in musical theatre productions and concerts throughout the country.

Nicole is the lead vocalist with the Cypress Church Worship Team. She grew up in northwest Orange County where she attended Los Alamitos High School and the Orange County High School of the Arts. She studied performing arts at UC San Diego and received an MFA in Musical Theater from San Diego State University. This is the only graduate program of its kind in the nation equipping artists to both perform and teach at the university level.

Her performance credits span the spectrum of musical and theatrical talents. She “dazzled” in 42nd Street as Peggy Sawyer, starred as the title role in Rodgers and Hammerstein’s Cinderella at South Bay Civic Light Opera and played Olive in San Diego’s regional premiere of Putnam County Spelling Bee. She has served as a guest artist with the San Diego Chamber Orchestra since 2006 and has sung throughout Los Angeles with jazz groups Odyssey Tango Trio and Blue Coral.

Most recently, she traveled to the East Coast to sing with the Cape Cod Symphony Orchestra.  She also has had the great honor of recording a new musical demo with the legendary Golden Age composer Hugh Martin.  She works as a choreographer and director for university, public school, and professional productions and teaches voice and musical theatre at Orange County Song and Dance and in her private studio. She is a proud member of Actors’ Equity Association and The National Association of Teachers of Singing. More information about Nicole is available online at: http://www.nicolewerner.net/

The opening ceremonies at 9:00 a.m. on Festival Day will include the Flag Salute with a color guard from the Boy Scouts of America. The public is invited to attend this free event at Oak Knoll Park on Saturday July 28 from 9:00 a.m. to 5:00 p.m. Festival information is available online at: http://www.cypressfestival.com/

Photo Caption #1: Voice teacher Nicole Werner, who sings regularly at Cypress Church, has been selected to lead the National Anthem at the opening ceremonies for Cypress Community Festival on July 28th. 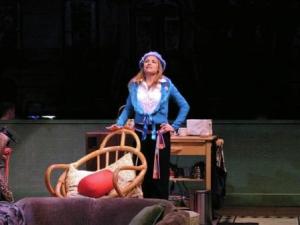